Drawn as an Elysium Online perk. 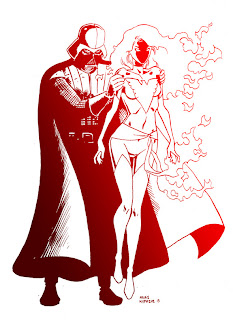 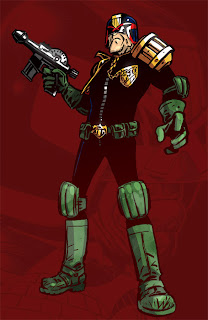 Since John Wagner is coming over here I thought I'd do some quick Dredd fanart.
(The background image is by Brian Bolland). 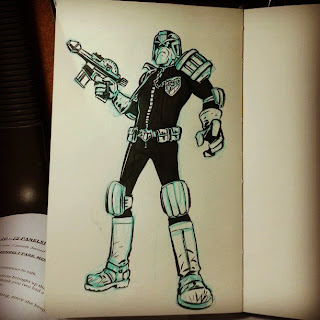 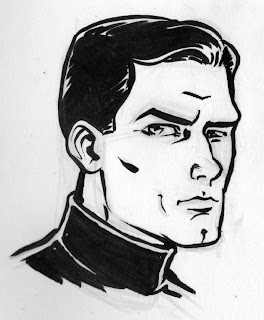 My new rule is that when I'm too tired to work on a comic page any longer I'll do a simple sketch instead of watching TV or whatever. So here's Cyclops from the Uncanny X-men. 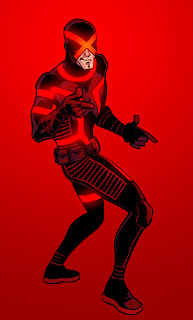 (I enjoy the character again nowadays , after a long time of him feeling like a stranger to me).
Αναρτήθηκε από ilias kyriazis στις 12:48 AM No comments:

Character sketches for a graphic novela (I suppose that's what you call a short graphic novel) I was going to draw this summer. It's the "#SG_project" I mention here. Unfortunately it's not happening so I'm posting these online. 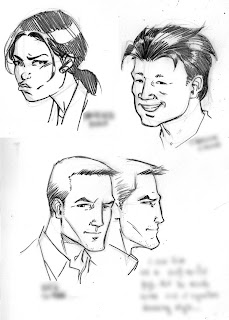 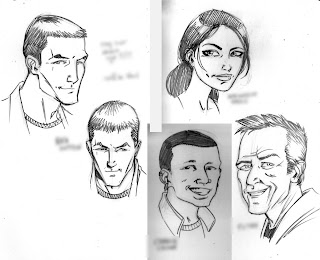 Email ThisBlogThis!Share to TwitterShare to FacebookShare to Pinterest
Ετικέτες in limbo or dead, my comics

Ok, time for something ridiculous:
The Batman of the Greek revolution of 1821 .
Sorry.
Lol. 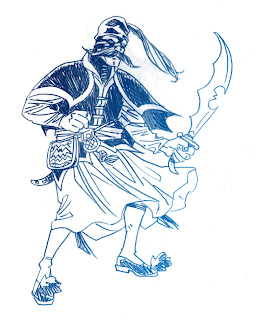 It's always very fun to come up with rosters for superhero teams. I thought I'd draw my own take on the Avengers (or the Defenders?) I limited my choices to B-list and C-list characters so it'd feel more personal. A team for a hypothetical book I could make my own. 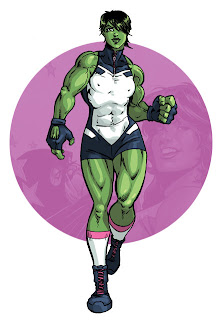 She-Hulk
Team Leader and co-founder. Her experience makes her the best choice for the role even if leading is not her style. I always enjoy "fun" and seemingly carefree characters thrown in situations that require a lot of responsibility.
At first I went with a pink costume and it looked cool but it clashed with everyone else on the team. 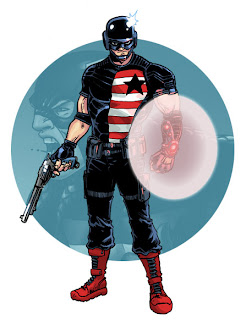 U.S.Agent
The other founder. I enjoy a jerk in a team and he's one of the biggest jerks Marvel has.
I stepped away from the Captain America look a little. I armed him with John Wayne's actual handgun, cause what's more American than that? 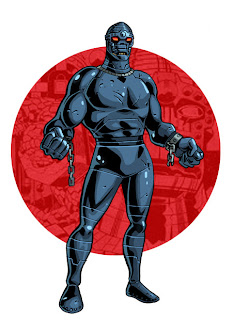 Torgo
Alien robot gladiator! What's not to love? Why isn't he more popular?
I wanted him to look a little retro, something that could be a Masters Of The Universe or M.U.S.C.L.E figure. Thus the simple design and the high waist. Also the less "real" his technology looks, the more alien he looks. 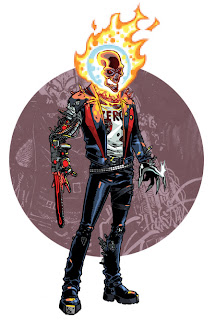 Zero
Kenshiro "Zero" Cochrane was (will be) the Ghost Rider of the year 2099. His self ended uploaded online and it somehow got transported back in our time. He created a new mechanical body and fights to prevent his dark future. I see him as a very political, very anti-corporation character. He dropped the Ghost Rider name out of respect to the current one. 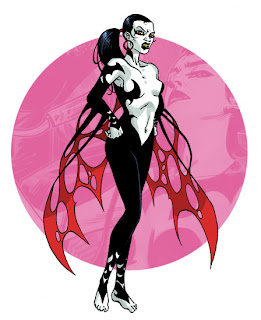 Nekra
Villains join superhero teams all the time, right? She-Hulk was her lawyer so when she saw she was serious about going straight she gave her a chance. She still a very angry and very dangerous person though.
I wanted her costume to reflect her original hyper-sexualised one (I've never seen Nekra clothed) but I think she also needs a more practical version. She can wear this one at parties. 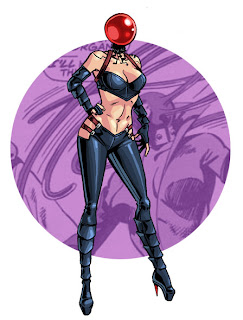 Ruby Thursday
Another former villain. Ruby and Nekra became lovers in prison and Nekra brought her with her on this team. She's now having "sex" with Zero (the kind of cyberspace sex only people with computer brains can have) and there's a weird love triangle between them 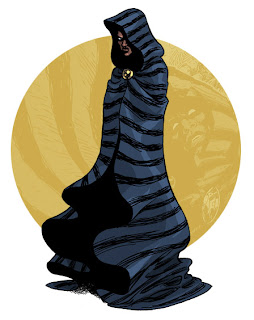 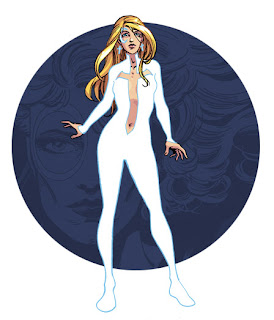 Cloak and Dagger
Underused characters I always wanted to see as part of a larger team. I also wanna see how will cute and naive Dagger fare in a team of former villains and psychos and weirdos like this.
Αναρτήθηκε από ilias kyriazis στις 11:01 PM 1 comment: