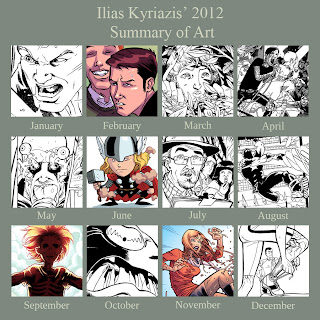 Email ThisBlogThis!Share to TwitterShare to FacebookShare to Pinterest
Ετικέτες fun 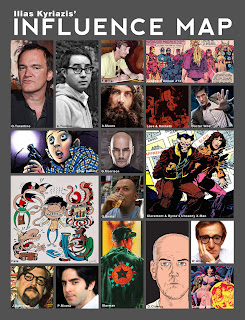 I did an Influence Map.
People and works that shaped me artistically.
I'm sure I'm forgetting many.

Email ThisBlogThis!Share to TwitterShare to FacebookShare to Pinterest
Ετικέτες fun 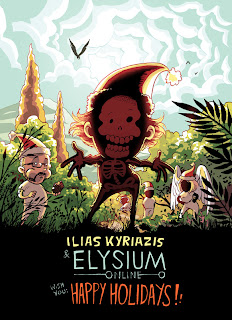 The holiday season is upon us. I want to wish you to have a great time and have and amazing and creative 2013.

For me 2012 was an interesting year, many ups and downs on a personal level. Thankfully, after a rather bad 2011, this year thinks started to pick again professionally. I did It's My Party and my cartoon crossovers for socomic.gr (and MTV Geek), some Zenescope work, a Vampirella one-shot for Dynamite, I ran a successful crowndunding campaign for Elysium Online and more.

I have high hopes for 2013. So far the only project I can tell you about is Elysium Online that'll be ready probably around the end of the summer. I'm also (or will be) working on:
- a mystery mini series adapting a book from a famous writer of that genre. The writer hasn't announced it yet, #G_project
- a short-ish graphic novela (50 pages) in the crime genre. Collaborating with a great american comic book and TV writer, #SJ_project
- a couple of children's comics, drawn in that "cute" style I wanted to explore more,
....and we'll see what else! :D

Also the year starts on a great note with my Doctor Who issue (#4) hitting the stores on the 2nd of January! 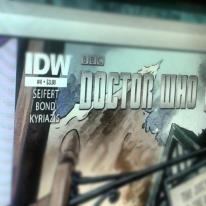 So eat, drink, party,
be healthy, be happy.
Let's make this holiday season our bitch.