Recently I gave it a shot at designing new Teen Titans costumes for their relaunch. (Not in any official, hired-by-DC-to-do-it capacity. These were part fanart, part self-imposed artistic challenge).

I did quick sketches of Superboy, Red Robin, Kid Flash, Wondergirl (left to right) and I was working under the consept that they'd be wearing team uniforms now, to show they're "Titans first, teen sidekicks second". I tried to create a group identity, first with "T" logos, then with adopting red as the team's color.

The title has just been announced so I'm sharing these with you. (Presented in chronological order. The more I worked on these, the happier I got with the results). 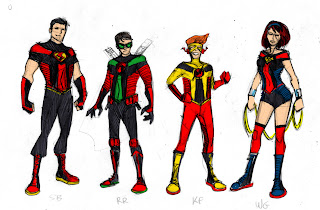 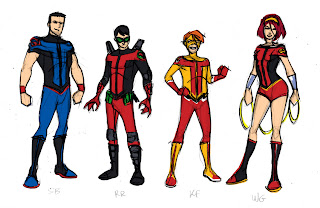 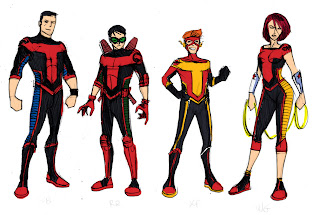 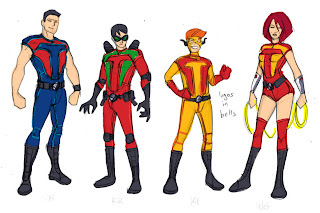 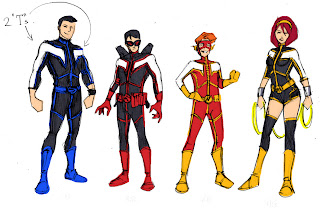 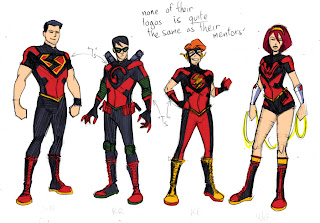 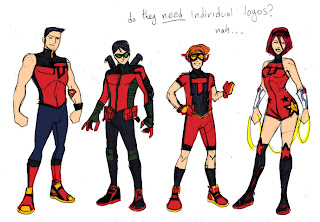 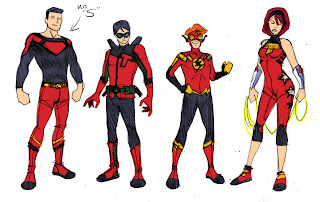 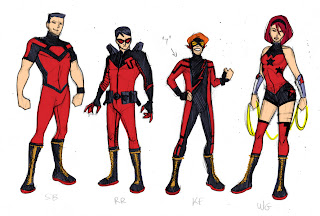 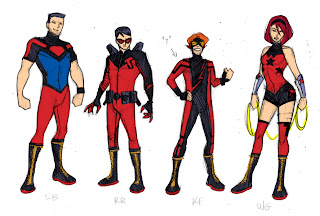 (Also: the things sticking out of Red Robin's back are my take on the wings he seems he'll be having now.) 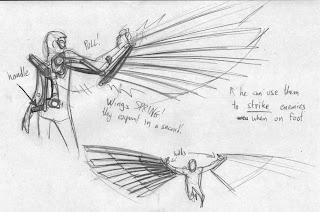 So? What do you think? Let me know which ones you like more.
And check out DC's new Teen Titans book by my buddy Scott Lobdell and artists Brett Booth and Norm Rapmund. 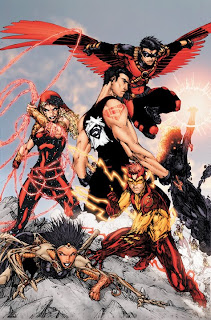 Email ThisBlogThis!Share to TwitterShare to FacebookShare to Pinterest
Ετικέτες DC, fanart, in limbo or dead, redesign

@angeliki
choose which ones you like more then :P

How about some designs for the new characters (Bunker, Skitter and whatever Solstice is called now)?